Martin Gallagher is currently the Chair of the United Nations Economic Commission for Europe's Expert Group on Level Crossing Safety delivering an international programme of work.

He has spent the last 10 years working with organisations and individuals across the globe to improve not only safety but the way in which level crossings are managed in a wider transportation and societal context.

He led the largest business transformation of level crossing management and technology for Network Rail in the UK from 2010 closing nearly 1000 crossings, upgrading many more and introducing over 100 new roles and training for staff with responsibilities for safety critical assets.

With demand for transport growing Martin is a keen promoter of a new approach that argues we should be investing in level crossings to enable road and rail traffic to operate more efficiently rather than primarily focusing on smaller amounts of safety benefit as the driver for many business cases.

He is currently completing a Masters in Safety and Risk and is looking forward to the challenge of exploring the role of level crossings in Intelligent Transport Systems.

Darren Furness has been a rail safety and risk professional since 2001. He is a Chartered Member of the Institute of Occupational Safety and Health, he also holds a NEBOSH Diploma and a BA (hons) degree in Politics & History.

Darren Furness brings a wealth of knowledge and experience to Global Level Crossing Services. Darren lives with his family in the Peak District, Derbyshire, England.

When her 14 year-old daughter, Olivia Bazlinton, was killed with her friend on a level crossing in December 2005, Tina used her management consultancy and project risk management experience to try to understand how and why the girls had been killed.

Initially Tina was led to believe that this was just a tragic error of judgment but as time went on and more information became available it became clear that this was no simple accident. Network Rail, that manages the UK rail infrastructure, continually reassured the public that Elsenham crossing, along with other level crossings, where people were being killed, were “perfectly safe”.

After six years documents that had not been released to accident investigators began to emerge and the rail regulator prosecuted Network Rail for breaches of health and safety and risk management laws. Network Rail was found guilty of negligence that had led to Olivia and Charlie’s deaths. Elsenham was far from safe.

Since that time Tina has worked with Network Rail to improve the way that the company manages risk at level crossings and has spoken many times about her experience to audiences in Network Rail and the wider rail industry to encourage people to think differently about risk and safety at level crossings. Instead of percentage risk reduction and fatality weighted indices she talks about the real impact of these traumatic deaths on everyone involved – from the risk assessors, through rail teams involved in the aftermath, train drivers, emergency services and , of course, the family and friends of those killed.

Mark Carne, Chief Executive Network Rail says “Tina is an inspiration to us to come to work everyday to make level crossings safer. Her efforts have made a real difference to the safety culture in the rail industry in the UK”.

Tina’s message hits home to leadership teams, as well as track workers, those in unrelated supporting roles as well as the level crossing community. She has spoken in the Netherlands, at the UN in Geneva, at international level crossing awareness events and for UK train operating companies and adapts her message to make it real and relevant, whoever her audience.

In 2014 Tina was named ‘Change Management Consultant of the Year’ for the work she has done to drive through the changes in Network Rail and also was awarded a Member of the Order of the British Empire medal for her contribution to rail safety.

People who have heard her speak often feel passionate about the contribution they are making to level crossing safety – that’s what drives a real change to the culture in any organisation.

Carl is an APMP, lean sixth sigma green belt, business analysis qualified and holds a BSc in Railway Operations Management.  Carl is an accomplished professional and operational excellence leader with experience of developing effective teams and leading complex projects in challenging and heavily regulated environments. This includes 7+ years in the Railways.

Carl has led many end-to-end national projects within the rail industry ranging from business change, business improvement, training,  IT, strategy development and technology development.  Having a proven track record in making effective change and realising benefits is invaluable to project delivery.

Carl has many years experience in level crossing risk, operations, technology development and product acceptance, both with infrastructure managers and supply chain organisations. From business case, business development to technology introduction, Carl has played a vital part ensuring up to date technology and processes are playing a part in today’s railway operations.

Carl is driven, with excellent people skills and is a key driver when leading successful projects. Carl ‘s pragmatism and approach to problem solving is vital, working collaboratively with team members to senior stakeholders to delivery on time, every time.

Driver Fatigue Project – Initiated planned and carried out a study investigating the extent of fatigue related neurocognitive deterioration in drivers and the possibility of using PUI to predict fatigue related dangers in driving. Accepted to EASWOP 2013 in Muenster and the fourth international conference on rail human factors 2013 in London. Currently in press.

UNECE – Working as professional advisor including the preparation of an extensive study analysing cultural differences in road safety (presented to UNECE 2012) and participation in a workshop on fatigue and road traffic accidents.

The Guardian Angels – Conceptualized, planned and performed road "the guardian angels" project which successfully influences driving behaviour of young males by influencing their female counterparts. Presented at ITCCP in Washington D.C. 2008 and ADAC conference in Hannover 2011.

The Dead Sea Project - Project which caused a steady 30 % per annum drop in crashes and improved safety behaviour amongst the employees of a huge company working under difficult conditions (Dead Sea Works). Published 2011 in the International Journal of Injury Control and Safety Promotion. 2011, 1–7.

Or Yarok – Since 2006 till 2010 traffic psychologist of Or Yarok, the largest Israeli foundation for Road Traffic Safety. He participated in program development and evaluation, research, public relations measures, training of staff inter-professional projects.

Latest News
Level Crossings: Is it time to stop building the case for change in safety terms?Read more

Please contact us for further information or an informal chat about how we can help. 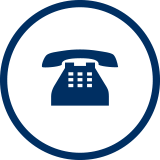 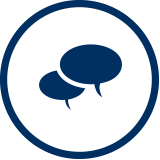 Request a call from us 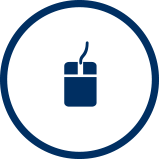 Via an enquiry form 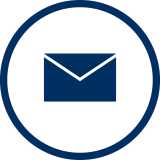